The Army that got away 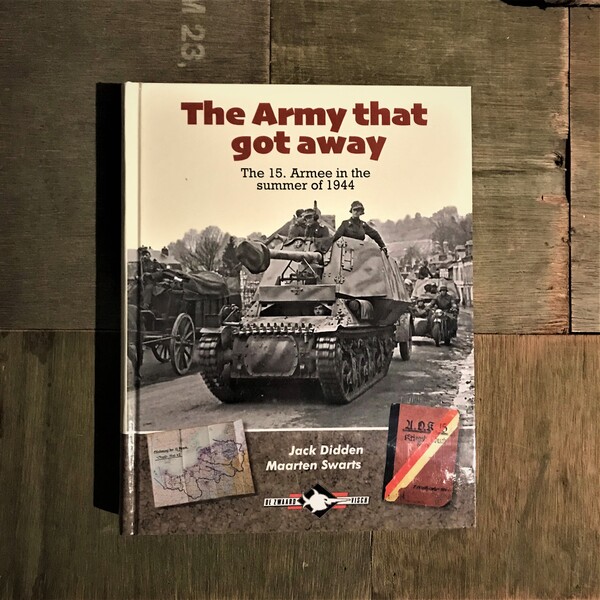 This book is essential reading for anyone interested in the epic struggle against Germany in the West during the summer of 1944. The prevailing story in books and television documentaries always follows the same, incomplete sequence: first we have Operation Overlord (D-Day), next there is the fighting in Normandy, resulting in the breakout, and finally we get Operation Market Garden.

What happened between Normandy and Market Garden is glossed over in a few paragraphs, at best. This period which saw the Allies racing east and the German troops in the West on the brink of collapse found the German 15th Army under General Von Zangen trapped against the Channel coast following the capture of Antwerp on 4 September 1944. The history of this army has never been told. This is ironic because at the time 15. Armee figured prominently in the minds of Allied commanders in the weeks following the breakout from Normandy. Similarly, the German High Command, had only one question: how do we save Von Zangen’s army and stop the Allied avalanche? It seemed an impossible task for soldiers on foot or with horse-drawn transport against a highly mobile opponent. Nevertheless, the army made it out of the pocket largely intact and lived to fight another day.

The book tells the day-to-day story of an army whose survival was to have a huge impact on subsequent operations especially, including Market Garden. Readers of the authors’ books will know that the text is based on primary sources only and that  Allied units and their actions are also discussed in great detail. The story of how the army managed to get away, but also how it initially took part in the battle for Normandy, is now told in full for the very first time and a major gap in the story of World War Two is finally addressed. This book follows the formula of their previous two books, ‘Autumn Gale’ and ‘Kampfgruppe Walther’ and so will be of interest to modellers and fans of military history alike.