Artwork made from gravestone gift to Overloon War Museum

Artwork made from gravestone gift to Overloon War Museum

"His life's work," is the 80-year-old Overloonse artist Adriaan van Rossen, the work of art on which he worked with inspiration for six months. The creation will be given a prominent place in the Overloon War Museum on Wednesday, 10 June. That is not without reason.

Nine years ago, the sculpture club of which Van Rossen was a member at the time was approached by the administrators of the cemetery in Overloon. Six gravestones of six priests were replaced by new crosses. The ancients would be thrown away and they still wanted them to have a second life. More than nine years later, Adriaan realized the artwork "Chained" of part of one of these crosses.

The object consists of eighteen elements, all of which are made from one piece of (grave) stone. The whole consists of a chained hand with a chain with sixteen links and a weight at the end. Hence the name "chained". In terms of name and design, the creation is fitting within the collection of the Overloon War Museum. "Chained", a term that was literally or figuratively applied to many people during the Second World War. It is also great to show a work by a talented artist from the immediate vicinity of the museum, someone who also experienced World War II.

The French limestone weighed more than 100 kilos at the start of the project and was about 70 cm in size, of which there is still an artwork of 11 kilos, but strangely enough it is 180 cm in size. A great achievement.

The object will be given a beautiful place in the museum on Wednesday morning around 11:00 am, under the watchful eye of Van Rossen. Adriaan would like to arrange this himself because he has to be very careful. The artwork was donated to the museum by proud Van Rossen. He has lived in Overloon with his wife for 47 years and now his creation is exhibited for many people in a place where it comes into its own. 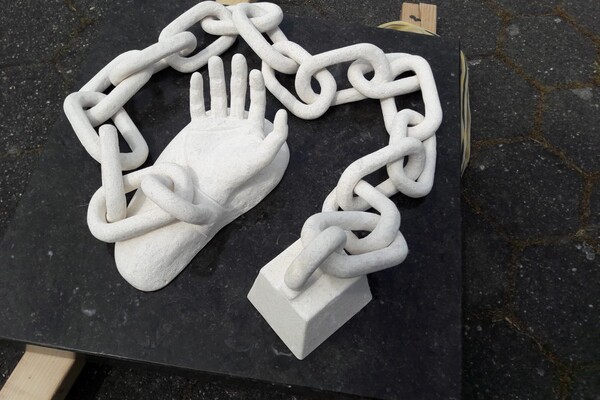 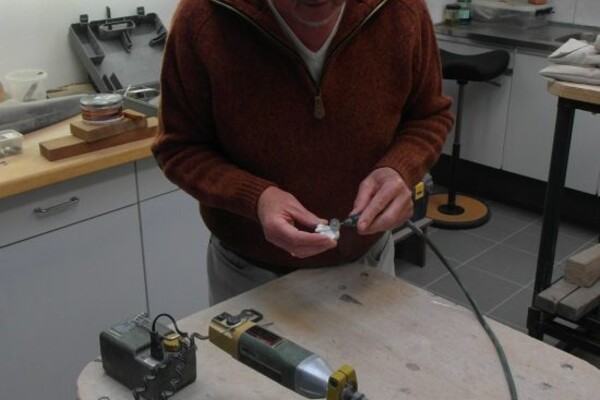