The new Lancaster Pavilion in Overloon War Museum is off to a flying start. The remains (more than 2000 larger and smaller wreckage) of a British bomber are on display on the sloping roof of the pavilion. Unique in the world because nowhere else can an aircraft be seen in this way. What is special is that from this week on, the exhibition will be enriched with an augmented reality experience. Visitors can download the App “Lancaster NN775 Overloon” via their smartphone, which shows the gigantic device of 21 by 31 meters in augmented reality. A special experience because the heavy bomber can therefore be seen flying in the museum.

Three large floor stickers have been placed next to the device that visitors can scan with their smartphone. After this, they can see with their own eyes what the Avro Lancaster NN775 looked like and how it operated. The App has also been expanded with all information about the cockpit, tail, engines and landing gear. The App was created in collaboration with Dutch Rose Media

There is also room for commemoration at the plane wreck. The crew of seven who died in the crash in 1945 is extensively commemorated. Their names and faces are not forgotten. 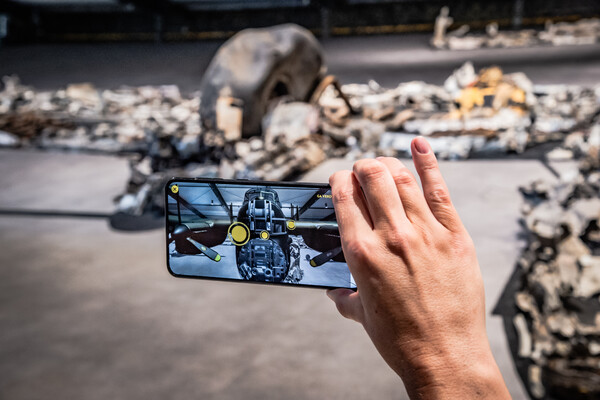 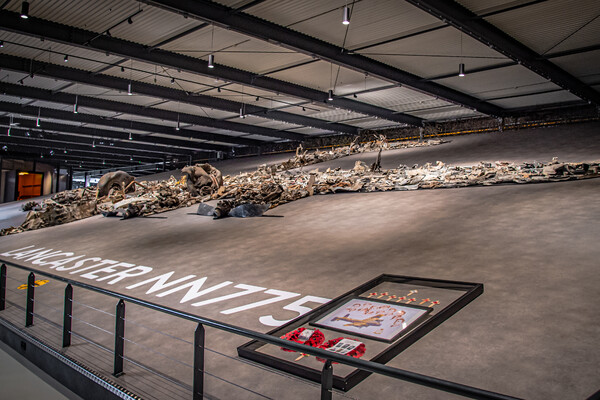 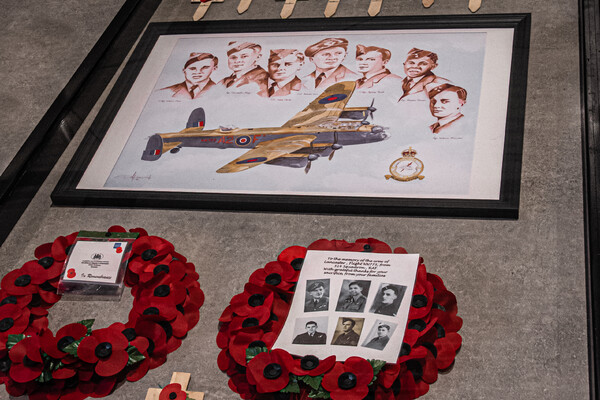 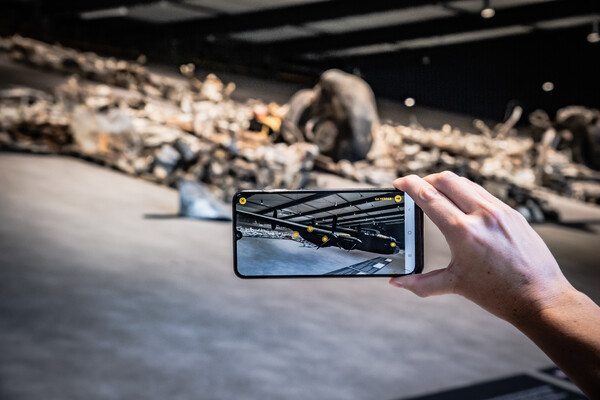