The municipality of Land van Cuijk has been a fact since 1 January last, as a merger of five municipalities. In that context, the Overloon War Museum has placed five accompanying models of Brabant Remembers in the museum. These so-called Still Lifes (75 in total) could be seen in various places throughout Brabant in 2019 and 2020 to celebrate 75 years of freedom. The museum now has five of these models permanently in the museum. In front of the former municipality of Boxmeer is the model of Overloon and Cuijk, Grave, Mill and Sint Anthonis.

STILL LIFE
STILLLEVENS is a collection of 75 scale models made by Studio Rocco Verdult. These models depict key scenes from 75 personal Brabant war stories. The audience can literally walk around the story and thus get the opportunity to look at a key scene from different perspectives and to interpret, to fantasize or to empathize with the situation at that time. Everyone can then decide for themselves whether to read the actual story or to discuss it with others.

Harry van Daal
Each of these five models tells a story. One of these is that of Harrie van Daal and the origin of our museum. Harrie van Daal, born in 1908, was a civil servant at the Municipality of Overloon–Maashees (later Vierlingsbeek). Between the two world wars he had visited the battlefield of Ypres in Belgium and had been deeply impressed by it. The First World War was vividly remembered here. During the Second World War, Van Daal continued to work as a civil servant. He managed to keep a number of men out of the Arbeitseinsatz by making them, at least on paper, members of the voluntary fire brigade.

When Harrie van Daal returns home after the Battle of Overloon, he finds total destruction in and around his village. His own backyard has actually become a second Ypres. Months later, Van Daal walks through the destroyed Overloon forest with all the remains of the battle. Together with a forest worker, he looks at wrecks of tanks and minefields marked with white ribbons. On the spot they decide that a monument should be built here, for example a museum, in honor of the fallen and to keep the memory of the terrible war alive. And so it happened. On May 25, 1946, the first museum about the Second World War in Western Europe opens to the public.

Curious about the models and the accompanying personal stories? It is possible to read the stories in advance on the Brabant Remembers website. And hopefully the museum will be able to receive visitors again soon so that everyone can come and view the models. 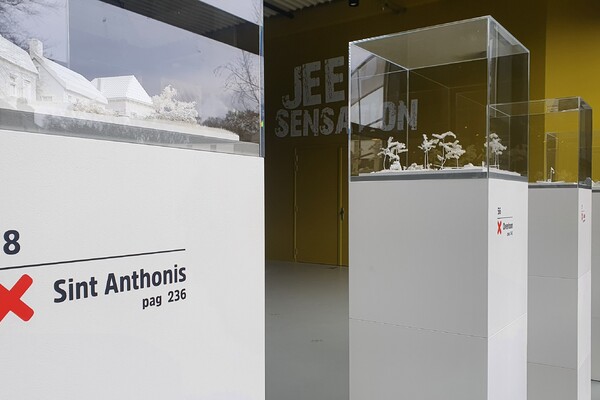 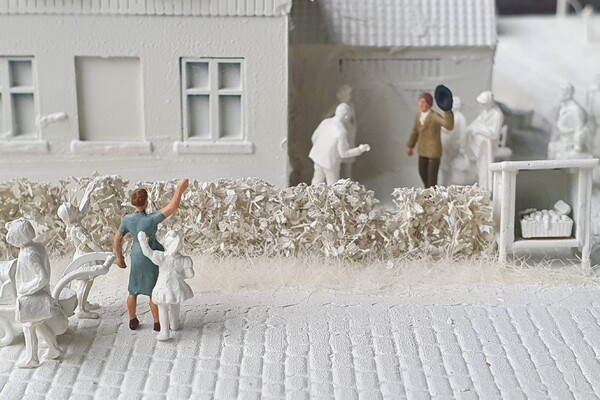 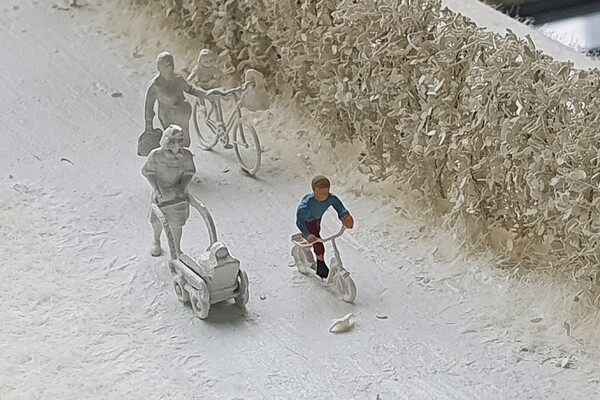 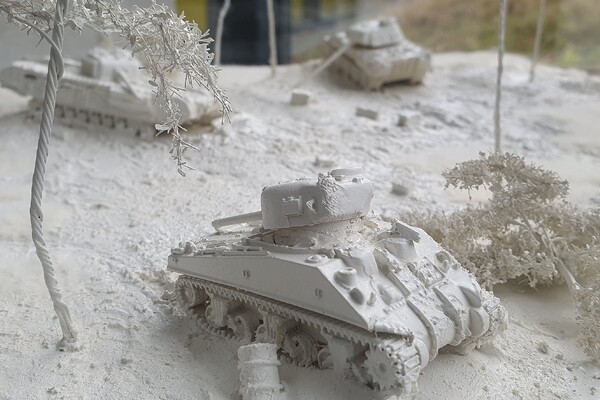