Militracks also postponed due to Corona

The annual Militracks event of the Overloon War Museum has been moved from May to September. But it does give it a special touch.

The Overloonse museum is currently closed. What should have been a peak year due to the 75th anniversary of the liberation is now in danger for the museum to become a year past the financial abyss. Because the Militracks event must also be moved due to the haunting coronavirus. This would take place in May.

Still, the museum hopes to make a virtue of necessity, as the event is postponed to September 19 and 20. That weekend is traditionally also the time when the liberation operation Market Garden is commemorated. And especially for this edition Militracks will not only present German equipment, but also allied rolling stock. The German equipment was mainly technically superior in World War II. But the Allies understood the art of producing tanks in large numbers. In the end, the Allies were able to emerge victorious because they were able to send tanks to the front with seemingly unlimited power.

At Militracks, these parties will be confronted with each other again, with which the museum will once again create a historically correct picture. And it hopes that this special event will bring visitor numbers back to normal levels later this year. This is necessary to continue to look to the future with confidence. 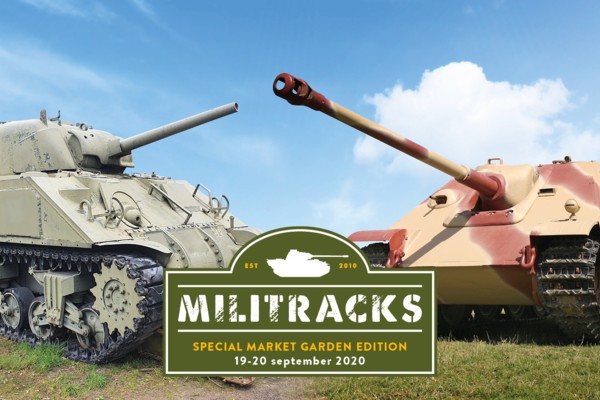