Warmuseum Overloon protects itself against burglary

Warmuseum Overloon protects itself against burglary

War Museum Overloon brings the Book of the Dead from Auschwitz and the book "die Niederlande und das Reich" back to the NIOD in Amsterdam. In a short time, two fellow museums in Beek and Ossendrecht were broken into and extremely rare and valuable items were stolen. These burglaries cause a lot of unrest and require even stricter measures to be taken. Returning these two masterpieces is one of them. Architectural modifications have already been made and these are also being expanded further.

The two books were loaned to War Museum Overloon years ago by the Netherlands Institute for War Documentation (NIOD). These two unique pieces complemented the collection in the museum perfectly. The fifteen-kilo book "die Nederlande und das Reich" was presented by Reich Commissioner Arthur Seyss-Inquart to Anton Mussert on 11 May 1942 for his birthday. At the time, Mussert was the leader of the National Socialist Movement (NSB) in the Netherlands. The book should emphasize the age-old relationship between Germany and the Netherlands, it was said at the time.

The Book of the Dead (Sterbebuch) of Auschwitz is certainly just as special, because it is part of the official accounts of Auschwitz extermination camp. The book was taken to the Netherlands by a survivor so that it could serve as proof of the atrocities that had been committed there. This book is the only one from a series of dozens of books to end up in Western Europe. The other parts are probably in areas of the former Soviet Union.

The exhibition "The Netherlands in the Second World War" shows the occupation of the Netherlands during the Second World War through the eyes of eight characters. Arthur Seyss-Inquart and the Jewish Hélène Egger are two of them. It is sad and sad that the museum was forced to take these measures. But the museum must be and remain alert in these times. That is why it is taken to be on the safe side and these books have now returned to Amsterdam. 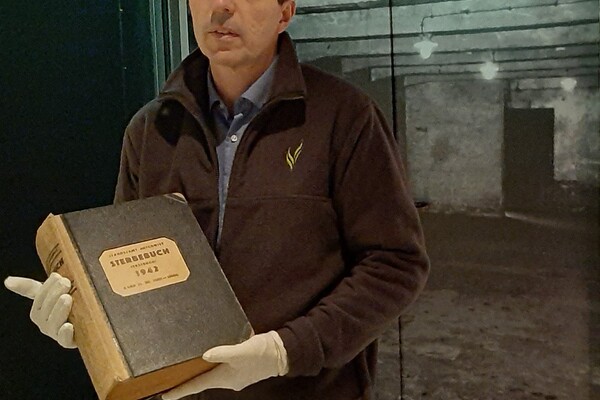