On Saturday, June 27, a very special transport arrives at the Overloon War Museum around 12:00; an original wooden emergency home from immediately after World War II will soon be added to the collection.

Immediately after the end of the Second World War, a large number of emergency homes were built in the region around Overloon in order to (temporarily) provide families with homes that were destroyed during the Battle of Overloon and Venray.

There were also a number of Sennhütten. These small shepherd huts, approximately 30 m2, were probably made available by a Swiss aid organization at the time and were often forced to live for many years until reconstruction was completed.

Senhütten also served as temporary housing in the former Ambonese camp in Well. Many of the cabins were eventually relocated or demolished.
The copy from Maashees was later used by the local scouting and in recent years served as storage space for volleyball association MVC'64, Carnival association De Bliekers Maashees and Holiday Speelweek Maashees.
And now the house is donated by this association to the Overloon War Museum.

For Overloon War Museum, the emergency home is a wonderful object to illustrate the story of the reconstruction of the region.
The Sennhütte from Maashees will be preserved in the coming period before it gets a nice place in the museum and can start its next life.

Part of this next life is trying to find out the story of this specific home.
Where exactly was this house and who were the residents who housed it immediately after the devastating battle at Overloon? To be continued...

Thanks to Kremers Transport, the so-called Sennhütte comes from Maashees to Overloon. 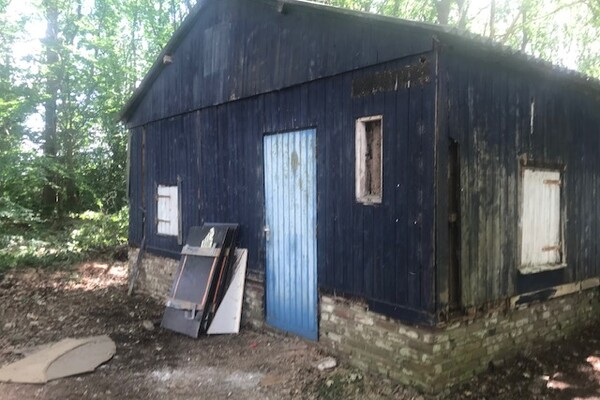 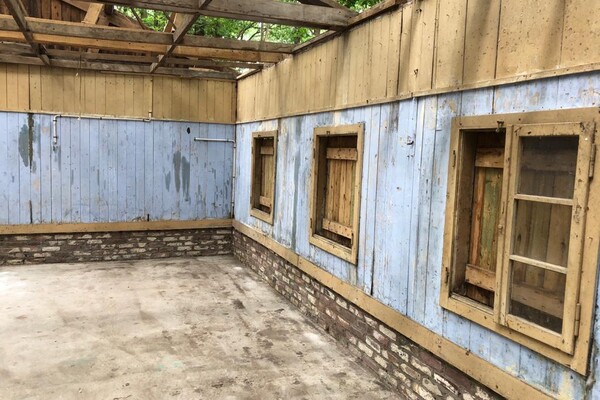