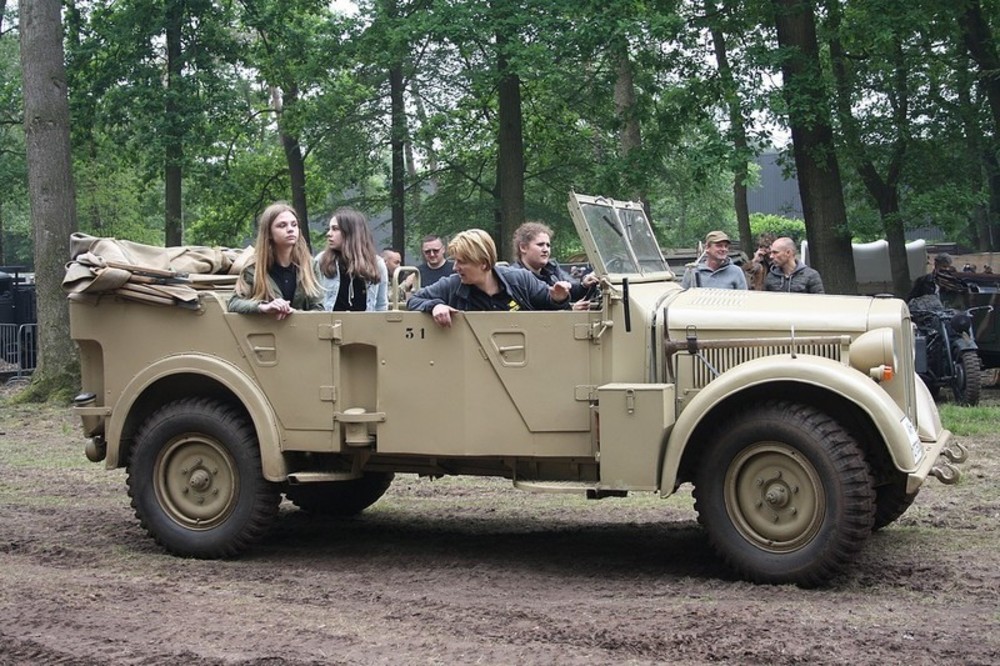 The Horch 901 was developed in the 30s, equipped with 4WD and spare wheels on the outside. However, at the outbreak of war and like all standardized vehicles, its follower, the Typ 40, was produced with a simpler design. The four-wheel steering was replaced with front-wheel steering and the external support wheels were removed. Horch 901 Typ 40 mid-sized, cross-country standard vehicles were used as messenger cars (Kfz. 15), with radio or telephone capabilities, as survey troop vehicles (Kfz. 16), as radio or telephone cars (Kfz. 17) as well as six-seat squad cars (Kfz. 21). Commander vehicles with a convertible build ware rare.