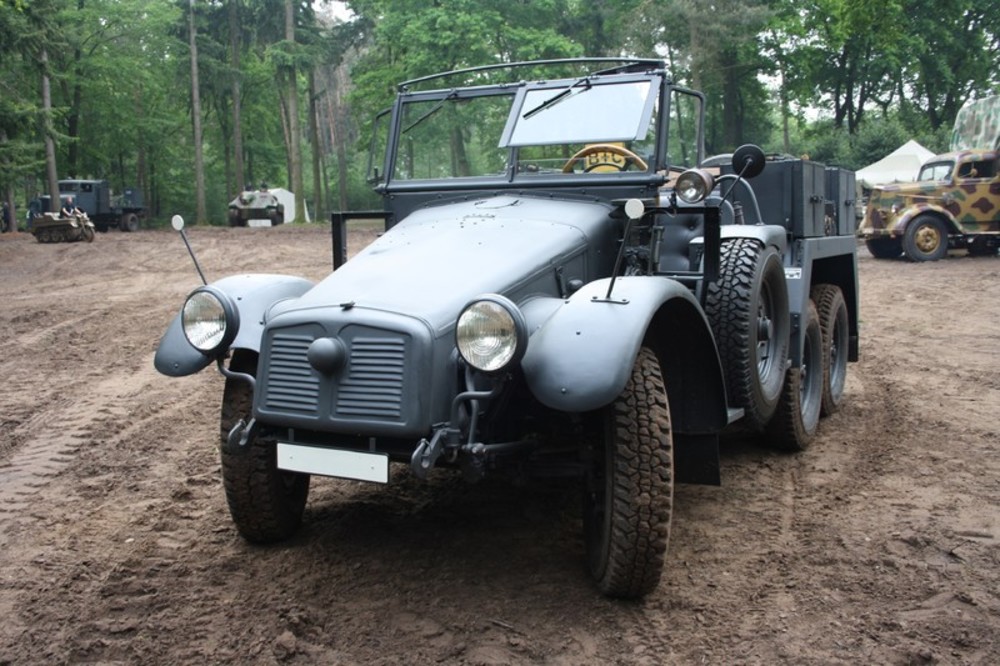 The Protze, developed by Krupp (Essen), possessed many progressive features for its time, such as one-wheel suspension, track-constant double arm suspension, an air-cooled engine and a lowered engine hood for good vision. Along with its use as a squad car (Kfz. 70) in motorised defensive battalions, the vehicle was chiefly used as a limber vehicle (Kfz.69) for light artillery. The relatively low towing capacity no longer sufficed for transporting heavy weaponry; the car was thus increasingly abondoned in favour of 1-t (Sd.Kfz 10 and 3-t (Sd.Kfz 11) tractors. However, the "Krupp Protze" was one of the most prominent German vehicles from 1939 to 1941.