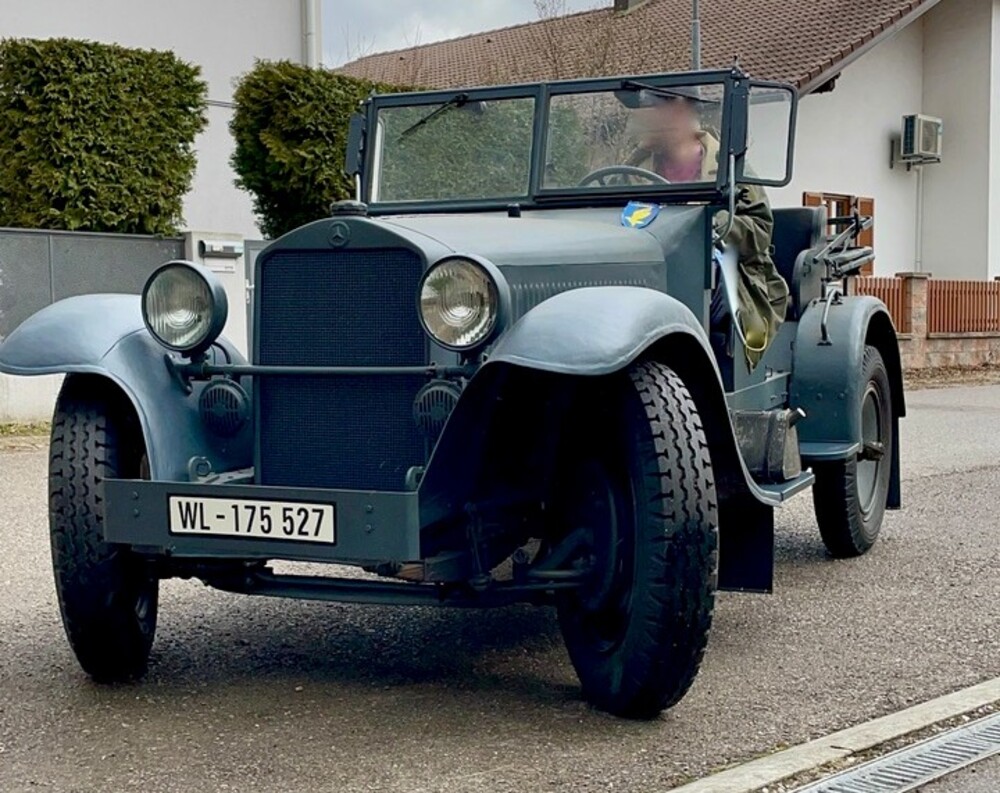 Another new participant at Militracks! The Mercedes-Benz „Kuebelsitzwagen Typ Stuttgart 260 (W11 III) was ordered by the Reichswehr from 1929 on. The particular round shape of the seats („Kuebel" means bucket in German) brought a whole new type of military vehicle designation: the Kuebelwagen. The Mercedes found its final shape in 1934, designated the W11 III.

Technically the vehicle with its 6-zylinder-petrol engine is based on the civil Mercedes 260 Typ Stuttgart, a creation of Dr.Ing. Nibel. The pintle hook made it widely seen as tractor with anti-tank units and reconaissance units.

The gearbox was state of the art at its time: due to revolutionary skewed gears it was unusually quiet in operation. Bodywork was delivered by Daimler-Benz in Sindelfingen, or either Gaubschat (Berlin) or Trutz (Coburg).

The vehicle was well appreciated by drivers and maintenance likewise in all theaters due to its reliability. Final production ended in 1935 with 1507 built.