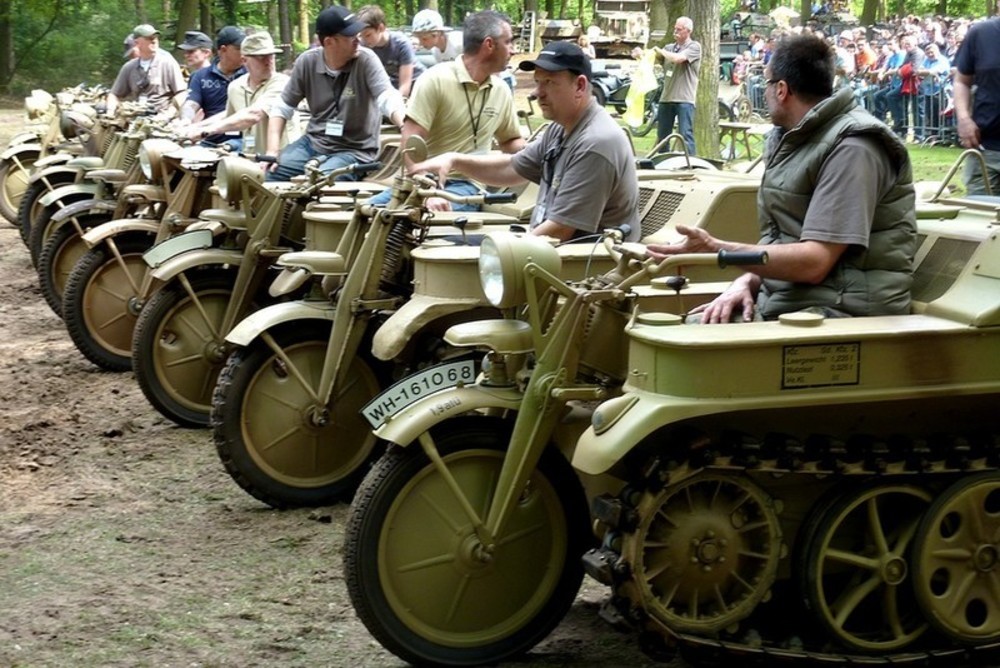 The NSU Kettenkrad (Sd.Kfz. 2) was conceived as a light, fast and cross-country transit vehicle for transporting small loads and as a tractor for small trailers and light artillery. The vehicle developed and produced by the company NSU (Neckarsulm) that featured six forward and two reverse gears wad deployed in motorised and armoured units, as well as motorised reconnaissance,  messenger, mountain artillery and paratrooper untis. The half-track motorbike was very well suited for difficult terrain in which larger vehicles failed. It continues to enjou great popularity among collectors of historical vehicles.