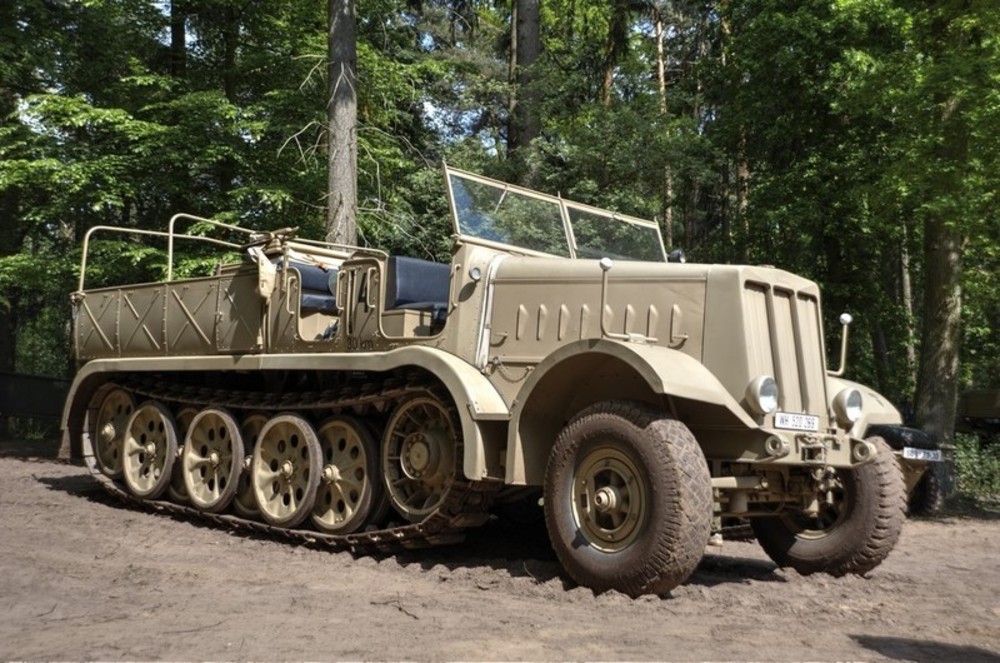 Yes, it will be here again this year: the famous Famo 18-tonner (Sd.Kfz. 9). The largest German tractor, developed from 1935 onwards at Famo (Wroclaw) remained nearly unchanged over the years except for a more powerful engine. A 12-litre Maybach motor served as the engine, which was also used in the armoured personnel carriers III and IV. Originally conceived as a tractor for the heaviest weaponry in the artillery arsenal, the vehicle was primarily used to recover and evacuate damaged armoured vehicles weighing up to 22 tons.