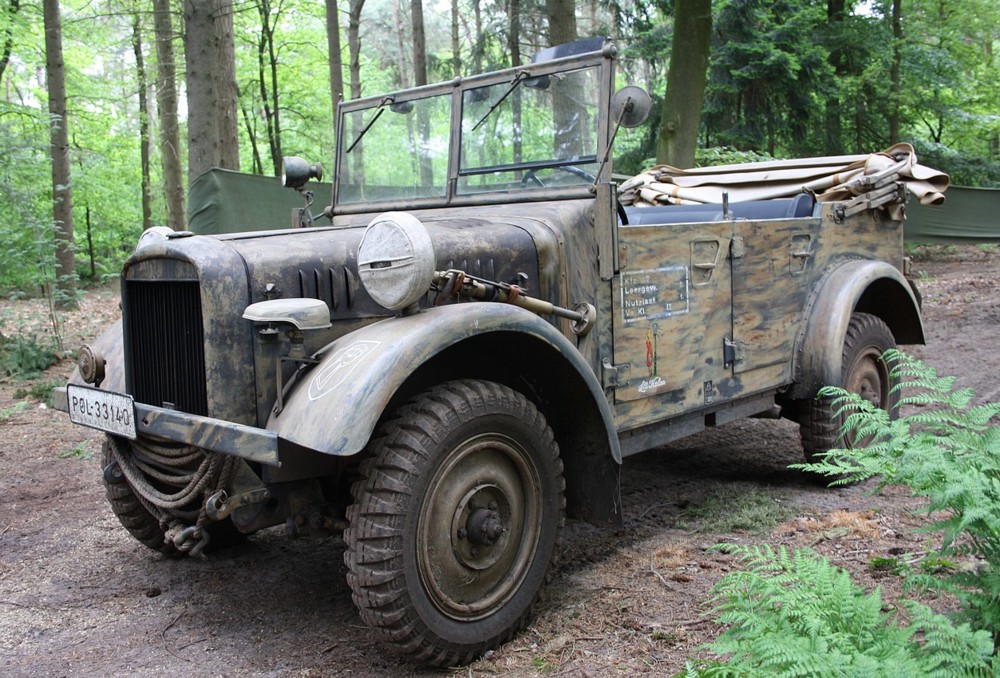 This Stoewer AW2 was built in 1943 and therefore a late series Einheits-PKW. The development of this so-called leichter Einheits-PKW (Kfz. 1) was done by the Stoewer company, resulting in models like the R180 and the R200 and later, in 1940, the Typ 40 which was a less complex version of its predecessors. Later on, the model was built by other carmakers as well, like Hanomag and BMW. During the war this type of car was replaced by the Typ 82 Kübelwagen, which was much easier to manufacture - and to maintain by the troops!