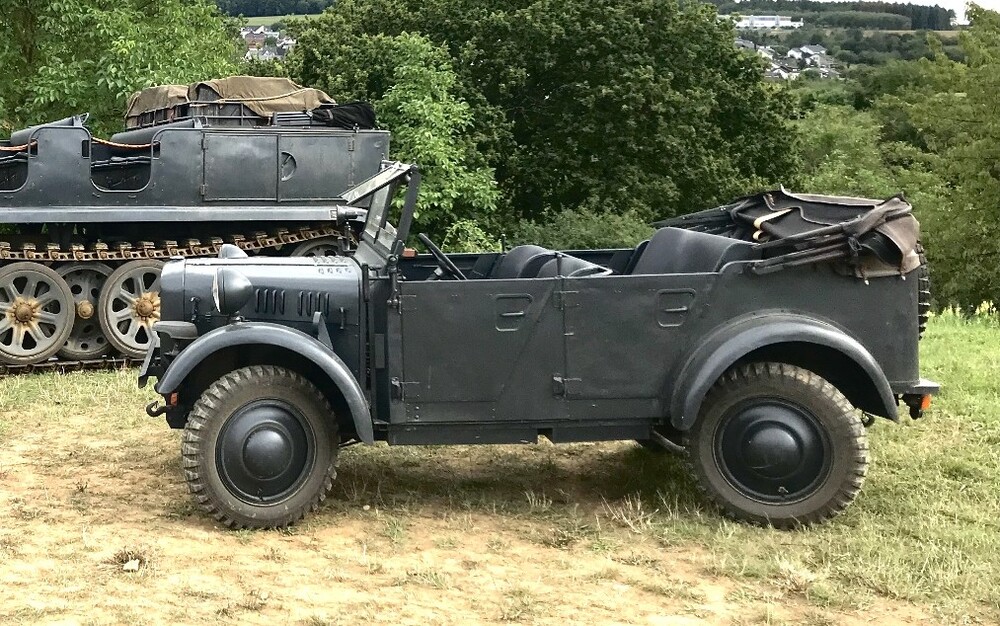 In 1936 the Stoewer factory developed the 'uniform light off-road car' (leichter geländegängiger Einheits-PKW) for the German army, a versatile four-wheel drive car. The model was coproduced by Hanomag and BMW. The Stoewer vehicle was, for a brief periode (1938-1940) equipped with four-wheel steering, being the R200, of which about 2000 were produced. From 1940 onwards Stoewer continued production of the model, however this Typ 40 came without the four-wheel steering.