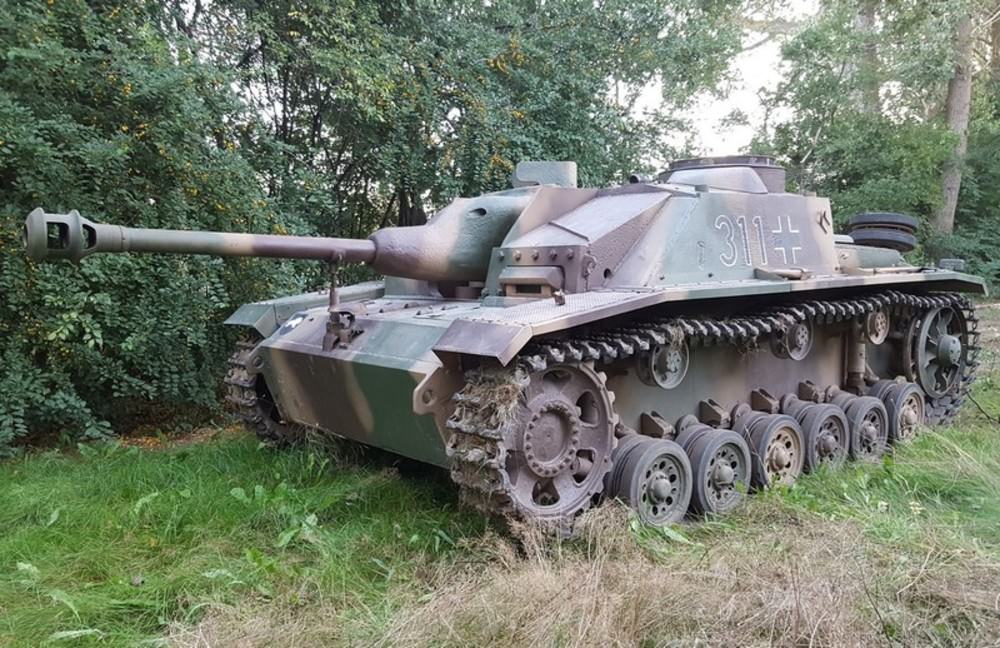 The companies Alkett (Berlin) and MIAG (Hannover) commenced production of the assault vehicle III with a long-barrel gun (=L/48) in December 1942. Much like the version with the short 7.5 cm assault gun (=L/24) this vehicle was based on the chassis of the armoured personnel carrier III, but was better suited to tank combat due to its more efficient weaponry. It could seat four men. The assault vehicle was armed with 1-2 7.92 mm machine guns and a 7.5 cm assault gun.