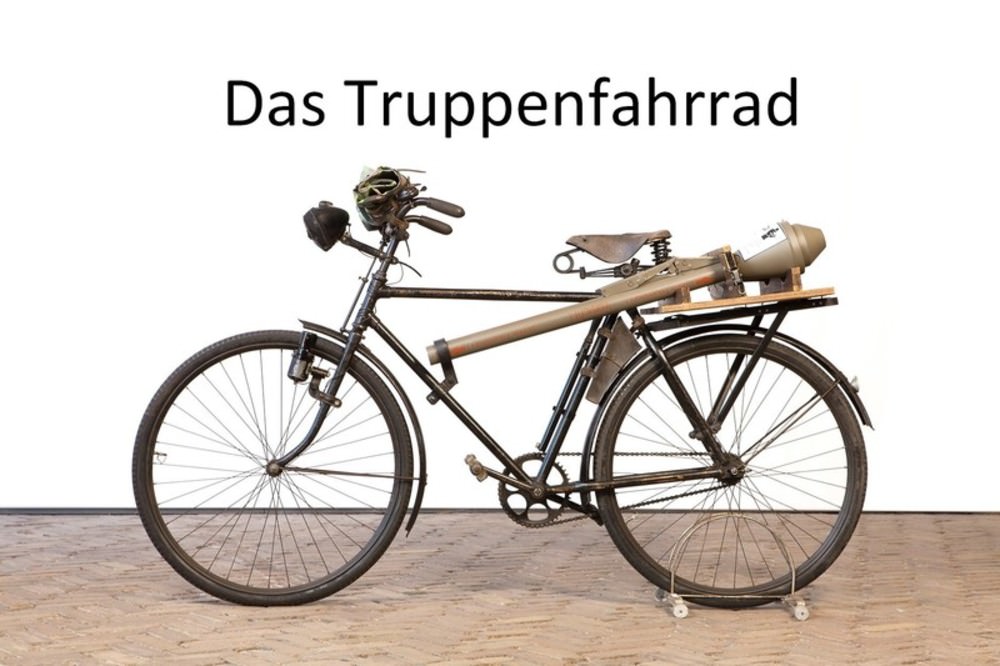 The bicycle serves the accelerated forward of soldiers and transportation of supplies, weaponry and ammunition. Its only differences from the common model were the removable express handlebars, an oversized rack and holders for military equipment, It was equipped with a small box (for tools or ammunition) and air pump. A dragline with shorter ropes with grips in small increments on both sides was used behind a truck to pull a maximum of 20 cyclists forward.

Always a special exhibition during Militracks, shown in the central area of our new exhibition The Netherlands during World War II.