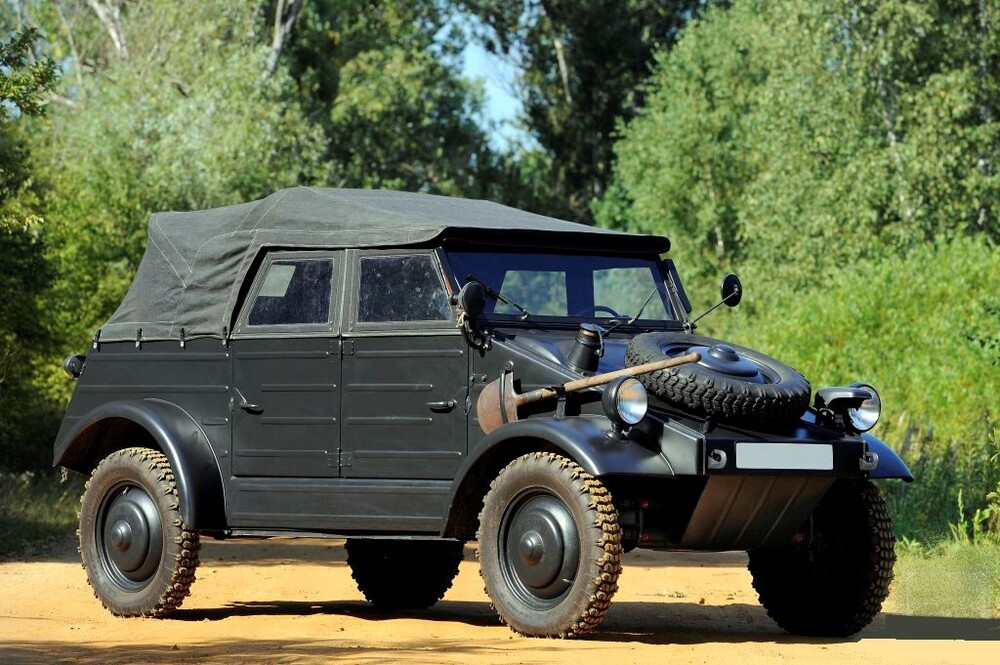 The Kubelwagen without all-wheel drive in development at Volkswagen (Fallersleben, Wolfsburg since 1945) based on the Beetle (also KdF Car) had a reinforced chassis and an air-cooled engine equally suited for deployment in low and high air temperatures. In practice the car was used as a command, radio and telephone vehicle in cadres, messenger and reconnaissance units, as siren or surveying cars, and was used in field posts and in propaganda companies.

The vehicle in the first photo will also be present. It is a very early production model (1940) and has chassis number 000191.