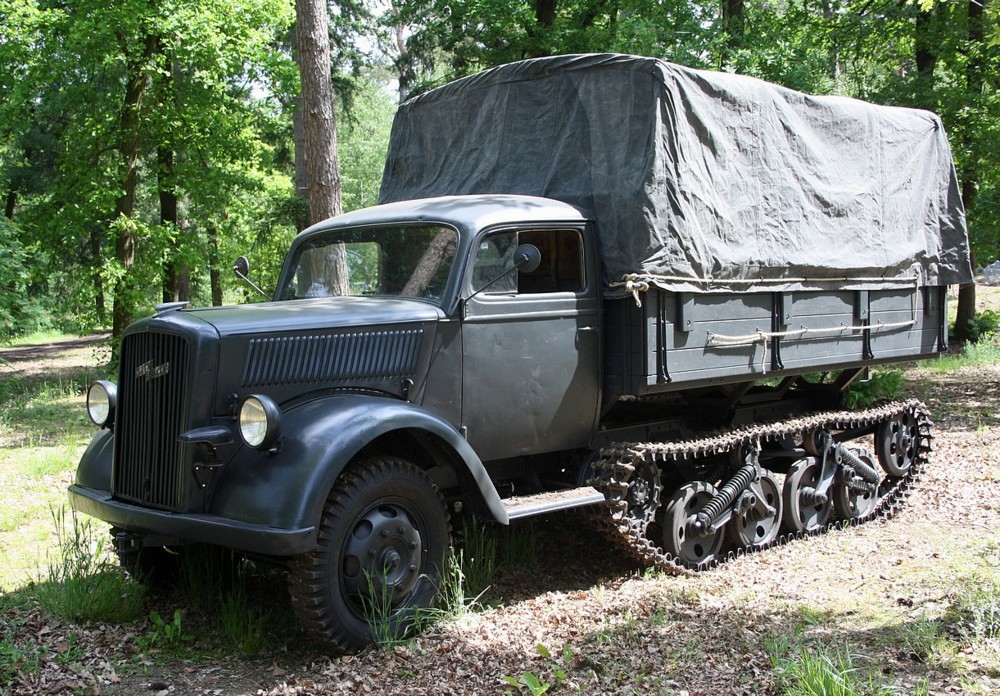 The "Maultier" was constructed in 1942, by replacing the rear wheels of a Klöckner-Deutz truck by tracks, according to British carriers. Later, Maultier production started at several companies, a.o. Opel, that used the Blitz chassis and cabin to assemble the Maultier.

This vehicle has been restored only very, very recently and will be at the event for the first time.