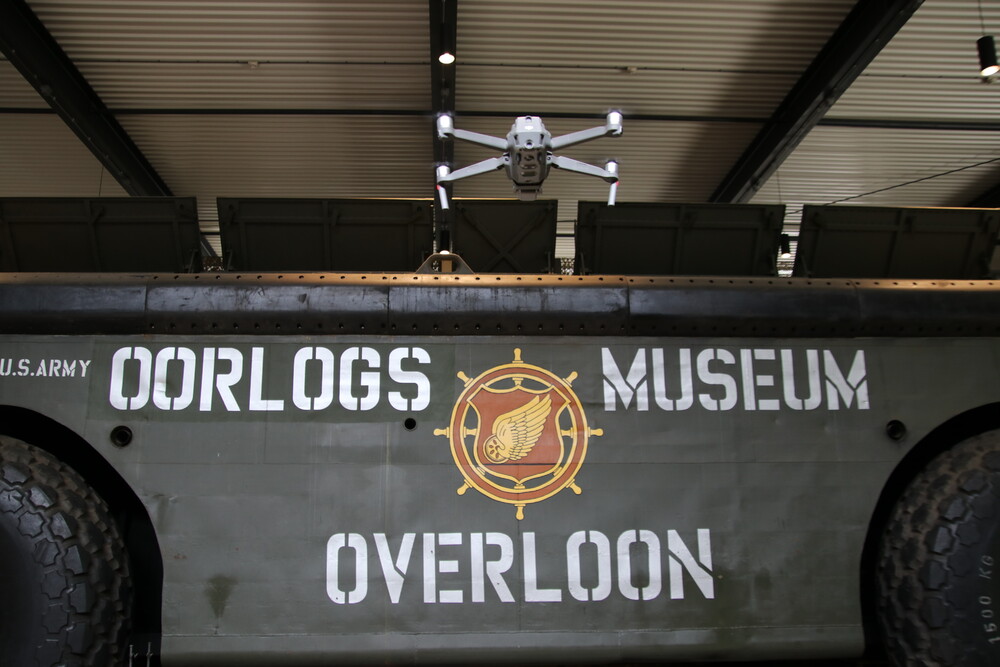 The BARC is the largest object of War Museum Overloon. It is 7 meters high, 8 meters wide, 28 meters long and weighs 80 tons.

It is an amphibious vehicle that sailed across the ocean in the belly of a large ship, the BARC was launched a few kilometers from the coast via a funeral hatch and could drive independently onto the beach. For example, two small tanks or 200 heavily packed soldiers could be transported.

It was the only landing craft that could pass through breaking surf without any problems.

Although the first BARC was already produced in 1952, the US military did not use them for the first time under war conditions in Vietnam (Southeast Asia) in 1967. During a supply expedition by the South Vietnamese army in July 1968, they were in action 24 hours a day.

It was quite a happening to bring the BARC from the old Marshall Museum in Zwijndrecht to Overloon. That operation kept the Dutch press under its spell for two days.

First the heavy wheels were disassembled. Then he went on a large pontoon across the Maas to the port of Maashees, ten kilometers from Overloon. The journey was continued with a large low-loader, which brought the BARC to close to Overloon. To do this, all traffic signs, lamp posts and other obstacles had to be temporarily removed and the A73 motorway closed for an hour.

At Overloon, the wheels were screwed under again, because the BARC had to drive the last one and a half kilometers under its own power (with a little help from a shovel) through the fields and the forest to the War Museum Overloon.

Hopefully he has found his final resting place here.

About 50-60 BARCs have been produced.

The BARC was officially designed to transport loads of up to 60 tons, but in practice it could take 130 tons.

It was clearly not a vehicle that had to travel long distances. On land, the driver had no view from his cab of what was happening in front of the BARC and had to navigate based on hand signals from someone on the bow of the colossus.

In Vietnam at least three BARCs were lost because they were trapped in the beach sand. With no bulldozer or crane helicopter they could get things loose anymore.

The BARC in the War Museum Overloon served at Boskalis to lay pipelines in the sea.