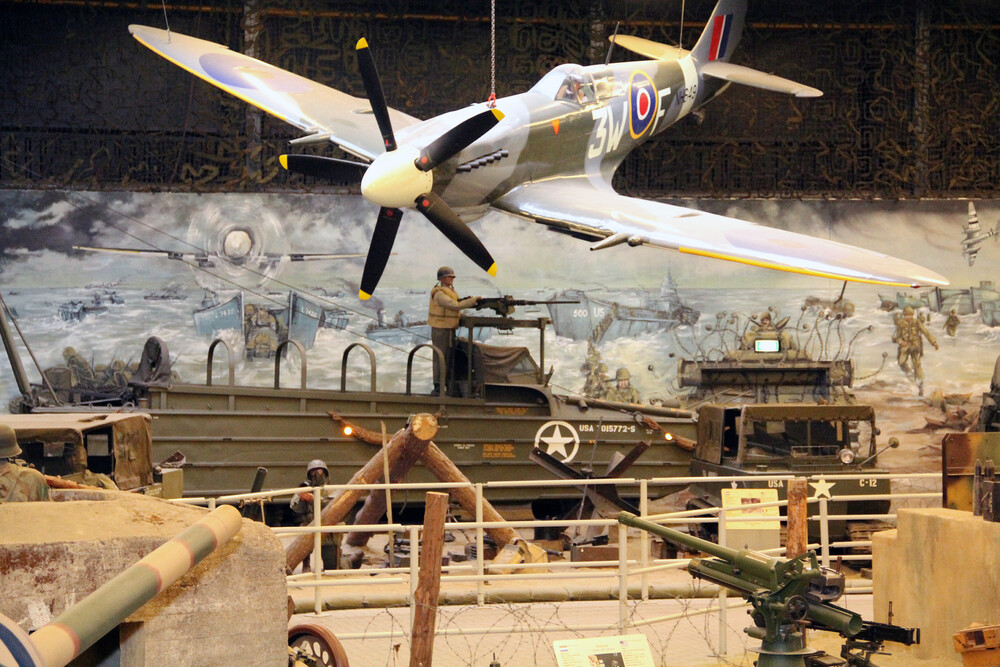 The ﬁrst Spitﬁre joined the British RAF in 1936. Over the years this remarkable ﬁghter aircraft was improved further. In 1943 the Mk. XIV (= 14th version) entered service. It turned out to be a superb V-1 ﬂying bomb interceptor: the Dutch pilot Rudy Burgwal (RAF 322 Squadron) took down ﬁve V-1’s on July 8th, 1944. Unfortunately, Burgwal himself was shot down over France one month later and got killed.